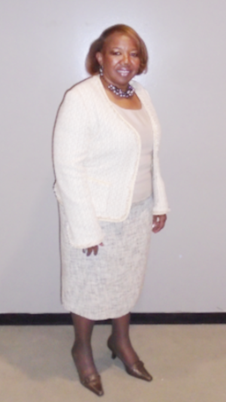 Pastor and Prophetess Emma Davis is the founder of Walk by Faith Ministry. She is formerly the wife of the late Elder Lionel Davis, mother of one son, and a proud grandmother of one granddaughter. For almost two decades, Pastor Emma Davis served as an Elder and the Director of Intercessory Prayer at the Potters House Church of Dallas, Texas under the leadership of Bishop T. D. Jakes. She has a degree in Retail Marketing and Merchandising. Pastor Davis is a graduate of 2003 God’s Leading Ladies and a graduate of the Counseling Lay Helpers Training Program in 2005. Walk by Faith Ministry was birth through Intercession in 2005.

Pastor Emma Davis is a passionate intercessor with a heart for the lost, sick and hurting. She operates in the prophetic, gift of healing and miracles. Since Oct. 2003, Pastor Davis has been in full-time ministry with her Walk By Faith Ministry, which expanded to the Eleven-Fifty-Nine Ministry. Pastor Davis speaks in churches, conferences, outreaches, radio, television and retreats. In October 2007 & 2008, Pastor Davis traveled and ministered in Kenya and in Johannesburg, South Africa. She  traveled to Israel in 2015. In April 2010 Pastor Emma Davis launched New Creation Christian Television Ministry. She has hosted 12 Conferences and is a dynamic prophetic voice that has been heard around the world. In August 2013, she launched the House of Prayer Ministry in Arlington, Texas. The ministry mission is to empower intercessors to go to the next level in prayer. In 2016, Elder Emma Davis became a Pastor when she launched the Anointed Rock Church of Arlington, Texas with her son, Associate Pastor Derrick Alcorn, and his family. It has all been birthed through prayer and walking by faith.